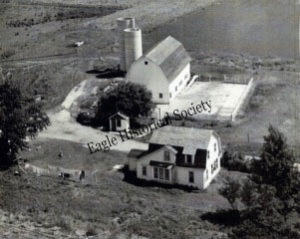 Harvey and Georgia Hawes bought this 100-acre dairy farm from Donahue of Milwaukee in 1949. The purchase price was 18,000 dollars. After Harvey died in 1958, the farm was sold to Bill Miles. Miles later sold it to Godfrey, who auctioned it off a few years prior to 2014 under the condition that the owners could stay until they died. As of 2014, the farm was no longer active. The Eagle Medical Center is now located there and the rest of the farm’s land was slated to become Eagle’s industrial park.

The aerial photo was taken by the Waukesha Freeman; the picture was published in the newspaper as a promotion. If the owner called and correctly identified the farm, he would win dairy farm supplies, etc. The photo shows Georgia hanging wash with the Hawes’ dog, Genny. 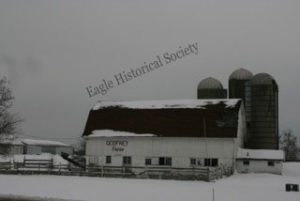 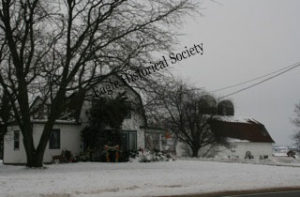 View of house in 2009, under Godfrey ownership. 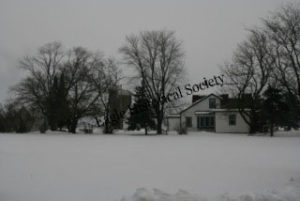 Alternate view of house and property in 2009. 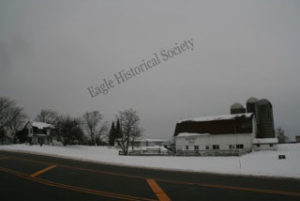 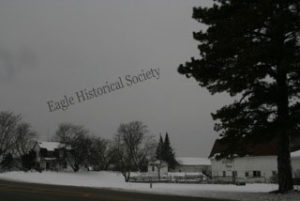 No Comments to “Valley View Farms”