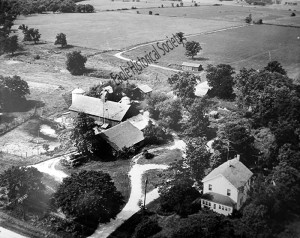 Jessie Sprague purchased this 212-acre dairy farm from his father, Theodore, in 1914. The house was built in 1865 and the farm originally held 50 cows. Jessie sold the farm to his grandchildren, the Steinkes, between 1970 and 1971. Although the farm is no longer operating, it is intact. Robert M. Steinke owns the house and surrounding buildings. He remodeled the house and restored the buildings himself. All of Robert’s siblings own the rest of the property, which now consists of restored prairie. So in a manner of speaking, the land has gone full circle. 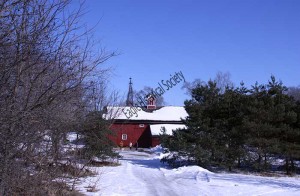 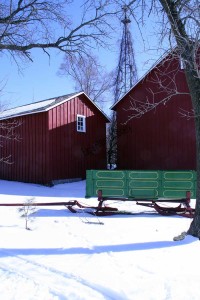 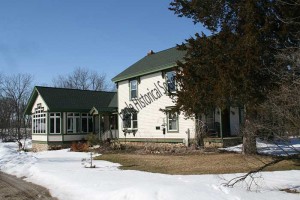 Originally, Theodore Sprague had bought the farm from Mathias Bovee who came from New York to Eagle in 1843. Matthew brought his family with him to Eagle, including his mother-in-law, Jean Dodds. Jean died in 1844 of “old age” and was buried, along with other family members, on the farm. She is believed to be the first woman to die in Eagle. Other members of the family were reburied at the Old Settlers’ Cemetery, however, the cows had destroyed Jean’s marker so her remains could not be located. Scott Bovee (Jean Dodds was his great-great-great-great-grandmother) says that a monument was placed in the approximate site of her grave in the 1940’s. Bob Steinke still maintains the site today.

No Comments to “Sprague Farm”