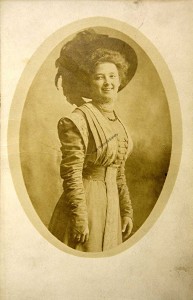 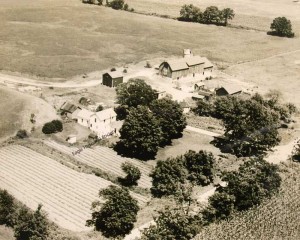 Lillian Armstrong purchased this farm in 1940, after previously renting the land. She purchased the 160-acre dairy farm on her own for 5,680 dollars, as her husband, Clarence, had gone bankrupt earlier. Lillian purchased the land from the Supita family, and the Frayer family owned the farm prior to that. The Armstrongs had had previous experience with farming in Ottawa. Clarence continued a blacksmithing business in Eagle after they sold the farm. 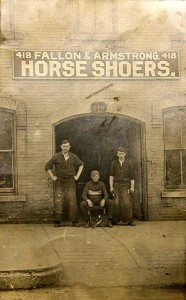 A check paid to Clarence Armstrong

Arrowheads found on the land by the Armstrongs are on display at a Department of Natural Resources (DNR) office. 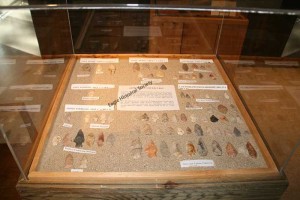 Lillian Armstrong ended up selling the farm to the Armstrong siblings. Dick and Evelyn Armstrong then rented it from them and were responsible for the daily operation. In 1969, the farm was sold to the DNR at an auction for 500 dollars per acre; they offered the best price at the time. The farm is no longer operating. 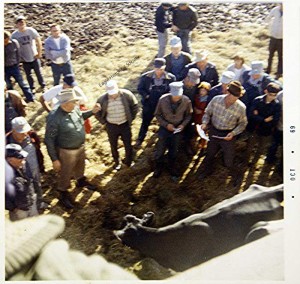 Photos below appeared in the Waukesha Freeman (early 1970’s) as part of an article about the loss of farms in Waukesha County. 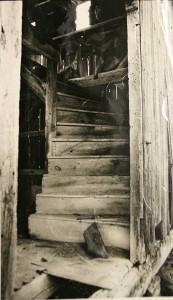 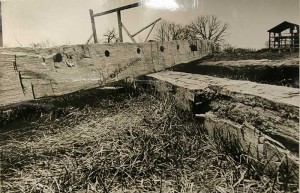 Waukesha Freeman photo of a barn beam- circa 1970

One Comments to “Farm on Piper Road”