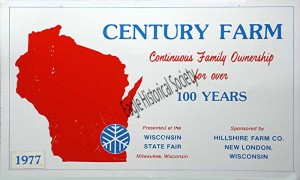 Warren Arndorfer had operated his father’s farm since 1948, before he bought it from him between 1955 and 1956. George Arndorfer had originally obtained the farm from Warren’s grandfather, Joseph Faestle. Joseph grew tobacco and vegetables for “truck farming”, and also operated a cider press. When Warren and his wife, Dorothy, took over the farm, it consisted of 101 acres; they purchased 54 more over time. It was run as a dairy farm, containing 80 head of cattle. Crops to feed the cattle were also grown on the land; 12 of the acres were not tilled. In 1974, the farm switched to housing beef cattle. It was awarded the “Century Farm” prize in 1977 at the Wisconsin State Fair. 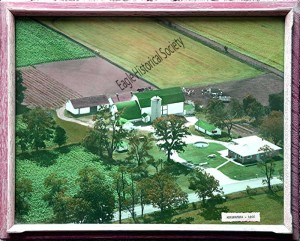 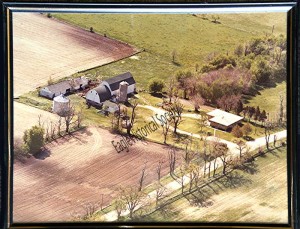 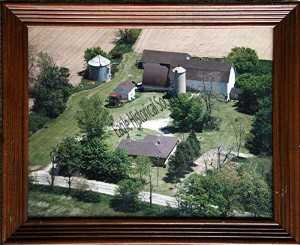 Warren and Dorothy sold the farm to Jim Hersback between 1994 and 1995. Jim still owns the land, but the farm is no longer running. He planted some trees on the property, and has allowed trees and other plant life to block the house and buildings. Warren and Dorothy still own those additional 54 acres they purchased when they ran the farm and rent out this cropped land.

No Comments to “Hillcrest Farms”