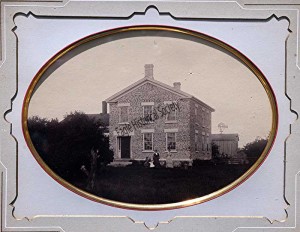 This farm was originally owned by A.R. (Ahira) and Mary Hinkley. A.R. Hinkley came to Wisconsin (before the territory was established as a state) in 1836 and bought the land from the government (specifically sold for homesteading purposes) for 2 dollars per acre. Hinkley initially built a log house on the property and began clearing timber for farming. When the territory became a state in 1848, Hinkley began drafting plans for a new house. He built a house which included cobblestones he found on his land, sand from nearby Pretty Lake, and lime for the mortar which he made by burning limestone he found on the land. In fact, the majority of the materials used to build the house were taken from Hinkely’s land. Hinkley came to Eagle from New Hampshire. It is thought that his inspiration to build a cobblestone house came from those he had probably seen back home, as the majority of cobblestone houses in the country originated in New York and New England. Hinkley was a predominantly a farmer, but also did dental work on the side. It is said he sometimes kept his dental tools with him while working in the fields, just in case a neighbor or another farmer had a toothache and needed assistance. He was a prominent citizen and worked to support the community in a positive way. Descendants of the Hinkley family lived in the house until 1912. 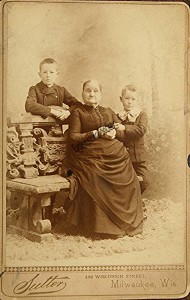 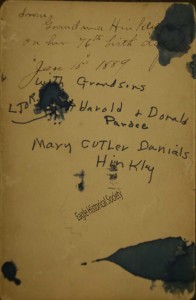 Reverse side of photograph

In 1961, Richard and Jean Loerke bought, restored, and redecorated the cobblestone house. However, they were also committed to retaining the home’s original features. One of these was the absence of closets.
Linda and Tom Hett bought the cobblestone house in May of 1994, after living across the road from it for 20 years. Linda had dreamed of living in the house since childhood. 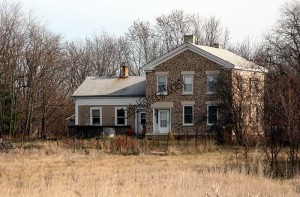 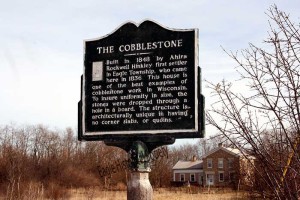 **information obtained by Carolyn Rosprim from public records, newspaper articles, including an article from The Waukesha Insider dated 5/23/1995

3 Comments to “The Cobblestone House”